Billie Eilish
BillieEilishFANS.com The first INTERNATIONAL site absolutely about Billie Eilish, in multiple languages. With more than two years online, recognized by many fans as the best site, here you will find everything related to the MUSICAL career about Billie, news about his music, concerts, event dates, videos, interviews, downloads, images, exclusive content , interaction with other fans, fan books, news about their official store, news on their social networks, and much more.

Comments are off
Uncategorized

173 Views
Comments are off
Uncategorized

187 Views
Comments are off
Uncategorized

She was recently named the first artist born in the 2000s to land a No. 1 album.

And Billie Eilish received a special welcome in New Zealand on Tuesday, after touching down at Auckland Airport ahead of her concert at Spark Arena.

Having stepped off a long-haul flight from Los Angeles, the 17-year-old songstress was treated to a traditional welcome by the Hātea Kapa Haka group, who performed a Māori language version of her song When the Party’s Over.

194 Views
Comments are off
Uncategorized

Billie Eilish: ‘I’m just trying to deal with everything’

SMH: Next week, she’ll play sold-out gigs at the Hordern Pavilion and Margaret Court Arena, her much hyped debut album When We All Fall Asleep, Where Do We Go? having spawned critical praise, hit singles and chart-topping stints across the US, UK, Australia and much of the globe.

At 17, she’s the first person born after 2000 to have a #1 album. Still a minor, she’s already a pop icon, both musically and aesthetically, representing the cultural reins-handing from millennials to Generation Z. 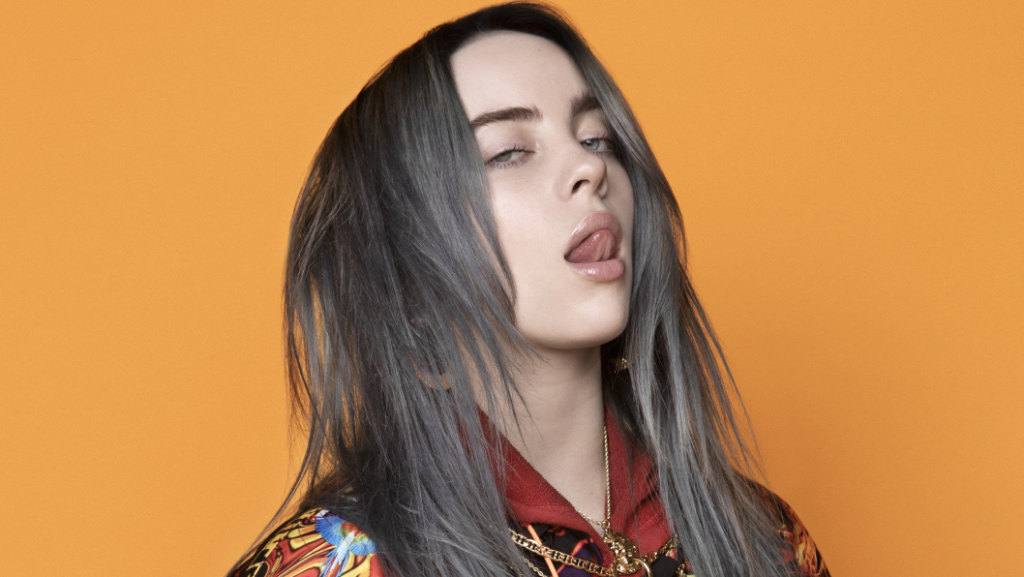 “I can’t make music thinking about that,” says Eilish, from an Adelaide hotel room. “I don’t give a f— about the numbers… It’s like, that’s sick. But I’m not going to count on all that to make me feel like I’m the artist I want to be, you know what I’m saying?”

That Eilish has caught such fire, and sent the music industry spinning, is at once obvious and boggling. Her music has a classic pop streak filtered through commiserant imagery and a generation’s scorn at genre divides. If early Britney Spears went goth, or had grown up in the era of trap, the result might’ve been Billie Eilish.

But besides her affinity for black-bleeding eyeballs, she’s also funny, self-assured, refreshingly playful. Her album opens with Eilish spitting out her Invisalign; other tracks sample quips from US sitcom The Office; hit single Bad Guy hinges on a glorious “duh”. Among her 20 million Instagram followers, those giddy personality quirks are as much part of Eilish’s appeal as her music. But lately, she’s feeling the scrutiny.

“The internet is so, so touchy, that honestly, the internet does not deserve my funny f—ing ass. They don’t,” she laughs. “They don’t deserve me being hilarious, because they just don’t understand it.

“I don’t really share anything on the internet anymore. I don’t really post about anything I think or feel or whatever… It’s proven to me every time I give in and say one thing; it’s like, see okay, this is why I don’t say anything. I just don’t do it anymore.”

It’s sad, I suggest, having to distance herself from such an important sphere of expression, one that’s second-nature to her generation and that all but created her career.

“Yeah, I guess. Internet is crazy as f—, though,” she says. “I’d rather just not get f—ing shitted on by the internet than keep my jokes to myself.”

Her demanding new schedule, with its extensive touring, is grind enough, it seems.

“Touring has only recently started to be fun, and by recently I mean, like, this week,” she chuckles. “The shows are incredible, which is why it’s worth everything that’s lame about it… It’s almost become a task more than the therapeutic thing it used to be. But, I mean, it’s okay to let that happen; it’s my job now.”

For her current trip, at least, she’s joined by her entire family. Her brother Finneas, her co-writer and producer, plays in the band; her dad Patrick, now that they have a touring budget, helps the roadies build the set; her mum Maggie acts as guardian and “my assistant, almost”.

“My whole family’s on the road, minus my dog and my cat,” she says. The Partridge Family endures. And what about schooling?

“Nah, f— that. No way,” she says. “I grew up home-schooled so I never was doing schooling anyway.”

“I just hope I don’t break down in front of the whole world,” she says. “It’s really hard not to. I have, I just haven’t done it publicly yet. I’m just trying to deal with everything. I’m actually in a place right now where I’m really happy, feeling pretty healthy about everything. I’m doing just fine.”

Billie Eilish performs in Sydney on Tuesday April 30 and Wednesday May 1, and Melbourne on Friday May 3.

262 Views
Comments are off
Uncategorized

131 Views
Comments are off
Uncategorized

162 Views
Comments are off
Uncategorized

162 Views
Comments are off
Uncategorized

Welcome to your first online resource about the wonderful singer Billie Eilish. You can find here everything related to the singer, photographs, news, videos, exclusives, and much more.
[+] Currently our site is under construction, soon we will have the photo gallery available. And many more sections.
Please, we ask for your support on the site.
131 Views

Where Do We Go?

When We All Fall Asleep, Where Do We Go? is the debut studio album by American singer-songwriter Billie Eilish. It was released on March 29, 2019, by Darkroom and Interscope Records. Eilish co-wrote most of the record alongside her brother Finneas O'Connell, who handled its production.

Express your love for Billie Eilish… Leave your message,click here and sign the book.

All The Good Girl Go To Hell

Listen to “WHEN WE ALL FALL ASLEEP, WHERE DO WE GO?“, out now: CLIC HERE.

Listen to "WHEN WE ALL FALL ASLEEP, WHERE DO WE GO?", out now: CLIC HERE.

Listen to "EVERYTHING I WANTED", out now: CLIC HERE.

Thank you for subscribing.

we respect your privacy and take protecting it seriously

© 2018 - 2020 BillieEilishFANS.COM / Theme By: Sin21 / Back to top / PHOTO GALLERY
BILLIEEILISHFANS.COM is a non-profit fansite made by fans. We have no are not affiliated with Billie’s, family, friends or managers. This is an UNOFFICIAL and NONPROFIT fan-operated web site, created by a fan for other fans.. All graphics and original content are being used under the Fair Copyright Law 107 and belong to Cardi BillieEilishFans.Com. Other images and text belong to their respective owners. No copyright infringement intended. If you feel any of the material rightfully belongs to you and want them to be removed, please contact us before taking any legal action.

This site does not claim any credit for the content posted on this site unless otherwise stated. The information on this site is the property of their respective owners. If any content appearing on this site belongs to you and you do not want this content to appear on this site, please send us a message with a link and the content will be deleted immediately. READ FULL LEGAL NOTICE // contact us